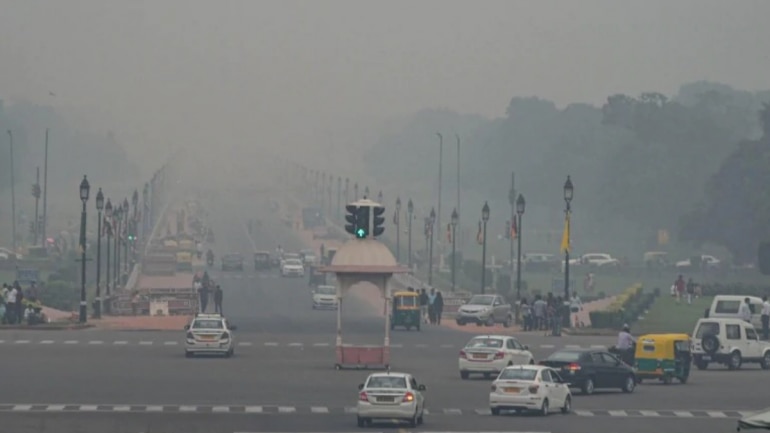 Pollution levels in Delhi-National Capital Region increased marginally on Tuesday, mainly due to slow wind speed, while the situation in the next 48 hours depends on the intensity of rains, officials said.

Nehru Nagar was the most-polluted area with an AQI of 330 and Dilshad Garden (163) the least polluted.

Weather experts said slow surface winds led to the accumulation of pollutants on Tuesday and the intensity of rains will be the deciding factor on Wednesday.

If sufficient rains occur on Wednesday, the pollutants will be washed away, while scanty rains could prove counter-productive, they said.

Kuldeep Srivastava, a senior scientist at the India Meteorological Department (IMD), said “sufficient rains” in Punjab and Haryana have impacted the number of farm fires.

“Easterly and southeasterly winds are blowing in the region, reducing the impact of stubble burning further,” he said.

So whatever pollution is left, it’s because of local sources, he said.

The government’s air quality and monitoring service SAFAR said, “There is a possibility of scattered rainfall on Wednesday which may improve AQI (if sufficient rain occurs).”

The AQI is likely to improve marginally to moderate category. A slight decline is predicted for Thursday.

“The fire count is 554. The transport-level winds are southeasterly and not favourable for plume transport. No significant stubble impact is expected for the next two days,” it said.

Skymet Weather, a private forecaster, said patchy rains are possible over Delhi and NCR. Parts of Haryana, Punjab and Uttar Pradesh will also get scattered rains on Wednesday.

“Pollution in Delhi and NCR is increasing once again. It may increase further in the next 48 hours,” it said.

The Countries With The Highest Levels Of Poverty For Retirees [Infographic] Delhi worse than hell, people are living in gas chamber: SC