At least 19 dead, more than 600 injured in Turkey earthquake

Istanbul (CNN)At least 19 people died and more than 600 were injured in eastern Turkey after an earthquake rattled the region on Friday evening, according to authorities.

The 6.7-magnitude quake struck near the town of Sivrice, in eastern Elazig province, collapsing at least 10 buildings, Turkish Interior Minister Sulyman Soylu said.
Thirteen people were killed in Elazig province, four in Malatya, one in Diyarbakir and one in another area, the country’s Disaster and Emergency Management Presidency (AFAD) says.

About 650 people were injured, but the number could rise.
Video from Turkey’s IHA Broadcasting Services shows emergency crews rescuing injured people from a collapsed building. Search and rescue operations were underway for 30 missing people in the Elazig city, Soylu said. 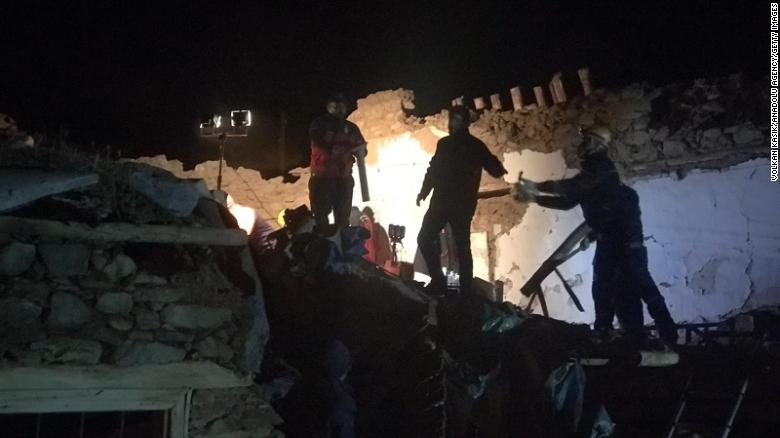 Teams conduct search operations for survivors of a collapsed building in Malatya province.
Preliminary reports say the earthquake lasted 40 seconds, AFAD said.
Fifteen aftershocks have been felt in the wake, with the strongest registering at 5.4 magnitude, Soylu said. The quake struck at a relatively shallow depth of 10 km (6 miles), according to the US Geological Survey (USGS), which enhances the shaking felt at the surface. 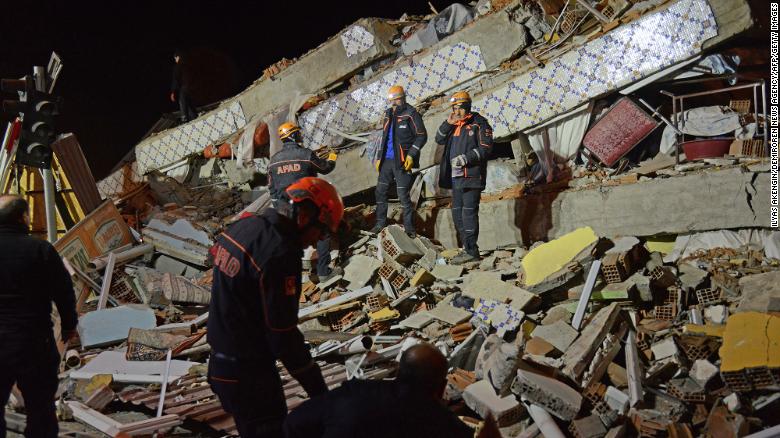 Turkish rescue and police work at the scene of a collapsed building following a 6.8 magnitude earthquake in Elazig, eastern Turkey on January 24, 2020.
About 500,000 people felt strong to very strong shaking, the USGS reported. The earthquake was felt in several other countries, including Iraq, Syria and Lebanon.
The quake interrupted a live broadcast of Edessa TV. Video of the broadcast shows four anchors talking while everything shakes around them.
All relevant departments were taking measures to ensure the safety of citizens following the earthquake, President Recep Tayyip Erdoğan said early Saturday. Interior, health and environment ministers were sent to the quake-hit area.

Sea foam eats up streets of Spanish town due to storm. Climate change is real, says Twitter What is Coronavirus?