Australia fires: Is it raining in Australia? How weather spreads devastating fires

AUSTRALIA’s fires have continued to ravage the country as officials warn dangers have escalated to an “entirely new level”. Is it raining in Australia, and how is the weather affecting the fires?

Australia remains at the mercy of deadly bushfires, as the country deals with excessive dry heat at the outset of 2020. Firefighters have worked tirelessly to tackle the hundreds of blazes cropping up, but are struggling to contain them.

Is it raining in Australia?

Australian firefighters, tirelessly toiling to keep wildfires under control, say the country’s best hope against the current disaster is rainfall.

Fire personnel can only battle the flames on accessible fronts, while rain reaches isolated places.

However, the country entered summer in December, and rain has been scarce since then. 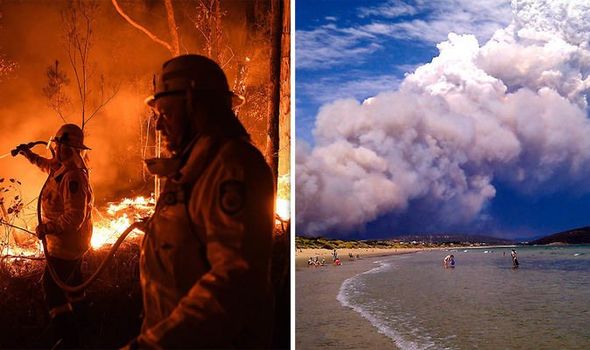 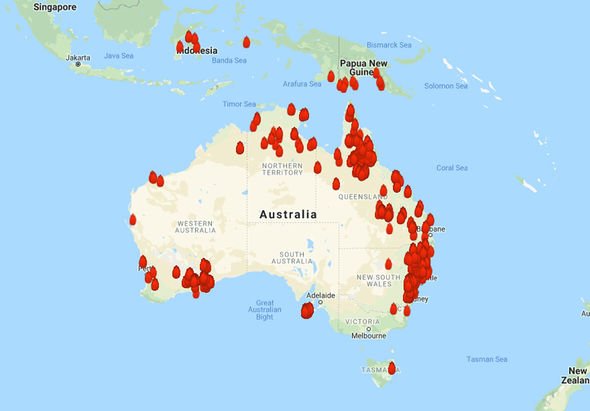 Australia fires: Fires have spread through most of Australia’s coastal regions (Image: MYFIREWATCH)

Weather forecasters warn there is nothing on the horizon, with little sign of rain until the end of the Australian summer in March.

Until then, Australians will have to cope with extremely high temperatures and drought.

Weather officials in Australia recently raised the alarm as temperatures in parts of the country were some of the hottest in the world.

According to the Australian Associated Press, the country’s capital Canberra, located in one of the worst affected states of New South Wales, saw the mercury climb to 44C on Saturday afternoon. 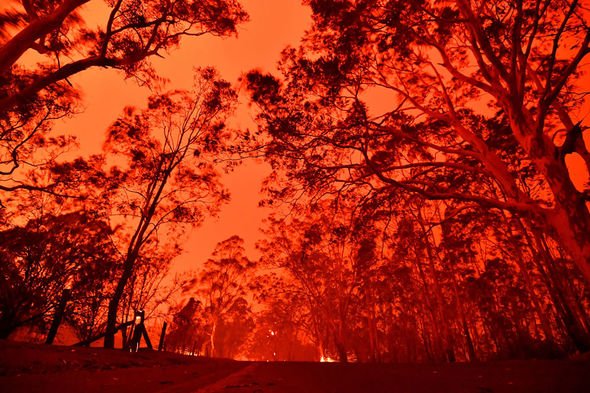 In Penrith to the north-west, temperatures maxed out at 48.9C, breaking an 80-year-old record and making it the hottest in the world on Saturday.

She said: “We’ve seen many places close to the coast exceed 40C over the southeast and lots of places upon the ranges as well.

“We’ve seen many sites in western Sydney above 45C and places quite close to the city above 40C.” 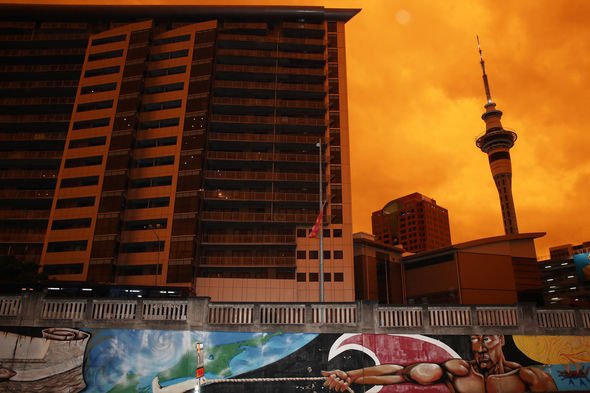 She said: “We are seeing a very unstable atmosphere and there is a heightened risk of storm activity particularly over the far south of the state and the coastal strip up towards Sydney.

“Any storms that develop today, unfortunately, we’re not expecting them to bring rain but they would bring those gusty winds and that erratic wind behavior that’s particularly concerning near fire grounds.”

Wind remains one of the greatest threats while fires rage in Australia, with strong gusts of up to 80mph recorded in the country capable of pushing them further afield.

The conditions make it possible for the flames to cross distances in a matter of seconds, trapping people and burning down homes in their path.

Wind exacerbated flames to the extent they painted the sky red and reached New Zealand.

Acrid smoke swept across the Tasman Sea to the country’s west coast, with residents in Auckland noting a distinct orange haze.

Police said they had received a “high number” of calls from people concerned by the apocalyptic hue.