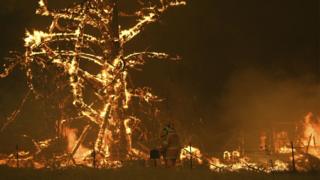 Tens of thousands of residents and holidaymakers in the Australian state of Victoria have been told to evacuate amid worsening bushfire conditions.

Temperatures of over 40C (104F), strong winds, thunderstorms and a change of wind direction meant Monday would be a day of extreme danger, officials said.

Emergencies chief Andrew Crisp said those in the East Gippsland area should leave no later than Monday morning.

More than 100 fires are continuing to burn across Australia.

The biggest are raging near the city of Sydney in New South Wales, where more than a quarter of a million people have signed a petition calling for the New Year’s Eve fireworks to be cancelled and the money spent on fighting fires. 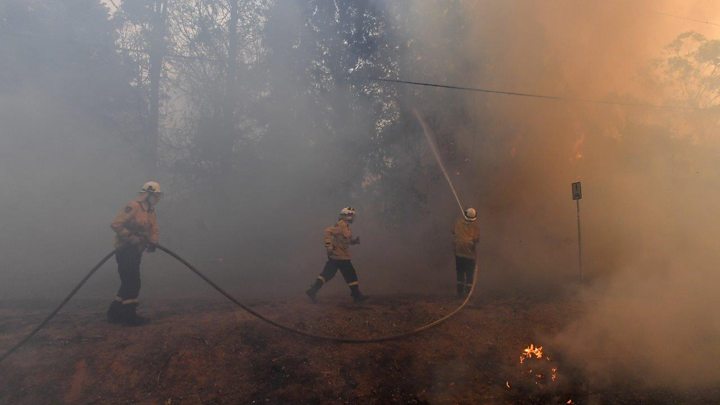 What are the risks in Victoria?

In East Gippsland, three fires burning near the towns of Bruthen, Buchan and Bonang were forecast to grow significantly.

Officials said they could burn towards the coast, potentially crossing and cutting off the region’s main road.

An estimated 30,000 people are currently holidaying in the threatened area, according to ABC News.

Mr Crisp, Victoria’s state emergency management commissioner, said anyone in the area to the east of Bairnsdale – about 280km (175 miles) east of Melbourne – should move.

“What we are saying now, based on the conditions that will be confronting us tomorrow across the state, but in particular in East Gippsland, is that if you’re holidaying in that part of the state, it’s time that you left,” he said.

It was no longer possible to provide assistance to all the visitors in the East Gippsland region, emergency authorities said.

Everyone in East Gippsland must leave the area today due to the fire danger forecast for tomorrow. Do not travel to this area. It is not possible to provide support and aid to all the visitors currently in the East Gippsland region.

Extreme fire warnings were in place across most of Victoria. Any lightning strikes in dry, drought-affected forests had the potential to quickly become fires that threaten lives and homes, officials said.

A major music festival in the state has also been cancelled, with organisers saying it was too dangerous for the popular Falls New Year’s Eve festival in Lorne, about 140km east of Melbourne, to go ahead.

Some 9,000 people were already camping on the festival site, which is accessed by a single track, meaning that it would not be possible for festivalgoers to evacuate quickly in an emergency.

“We are gutted to make this call but the safety of our patrons, artists and staff is our main priority,” said organiser Jessica Ducrou.

What about New South Wales?

Temperatures are also expected to pass 40C in other bushfire-affected states including New South Wales and South Australia.

New South Wales is the worst-affected state, with nearly 100 fires burning. Conditions there were expected to worsen into Tuesday. 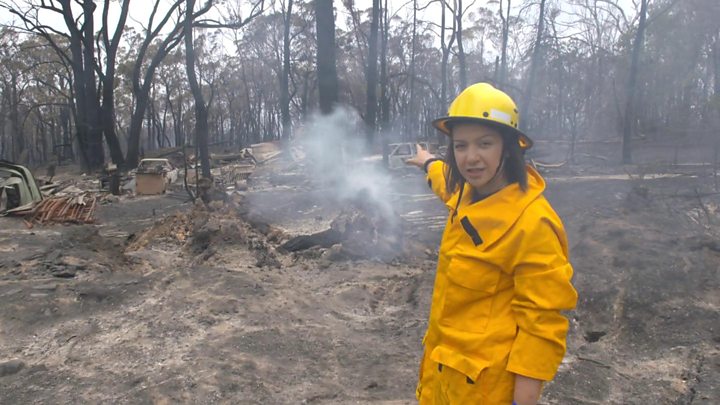 “We’ve got some deteriorating weather conditions over the coming days, particularly Monday and worsening through to Tuesday,” said the NSW Rural Fire Service Commissioner, Shane Fitzsimmons.

The town of Balmoral, south-west of Sydney, was largely destroyed on 22 December and major roads south of the city have been closed.

On Saturday Prime Minister Scott Morrison announced that volunteer firefighters in New South Wales would get compensation for loss of earnings after spending time away from jobs to battle bushfires.

The fires have destroyed 4m hectares (9.9m acres) in five states since September. At least eight deaths have been linked to the fires.