The absence of sea ice in the Arctic is closely connected to the melting of permafrost, according to a new study.

Permafrost contains massive amounts of carbon which are likely to be released as climate change heats up the world.

When this carbon enters the atmosphere as CO2 and methane gas, it will itself contribute to warming the globe.

But scientists have now found a historical link between sea ice in the Arctic and the presence or absence of permafrost.

They say the expected disappearance of Arctic summer ice will speed up the loss of this permanently frozen ground.

Around a quarter of the northern hemisphere is covered in permafrost. It’s defined as any type of ground that has been frozen continuously for two years or more.

In this solid-state, the normal microbial decomposition of organic materials is stalled, and the carbon dioxide and methane that’s normally produced stays in the ground.

This means that in the permanently frozen regions of Siberia, Canada, Greenland, and Alaska store about double the amount of carbon that’s up in the atmosphere.

But as the Earth warms, and the soils starts to get hotter, the microbes become active and the greenhouse gases drift upwards once again.

Scientists worry that climate change brings a real threat of a vicious cycle, where warming releases the gases from the frozen ground, and this in turn makes the heating much worse.

This new study suggests that rising global temperatures are not the only threat to permafrost.

The team explored remote caves close to the current permafrost boundary in Siberia. The “challenging” fieldwork was aimed at finding ancient stalagmites, stalactites, and flowstones, which are formed by the presence of liquid water.

These permanent records only grew when the permafrost was absent. Looking back 1.5 million years, the scientists were able to correlate stalagmite formation more closely with the absence of sea ice than with warmer temperatures. 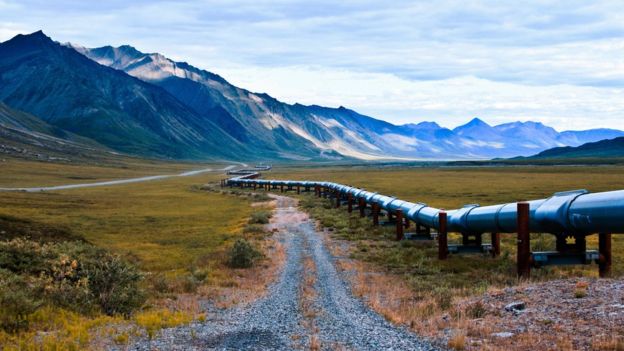 “The world needs to be warm to melt permafrost but it is not the only thing,” said Prof Gideon Henderson, who’s an author of the study from the University of Oxford.

“What seems to be a big determinant is the amount of sea ice in the Arctic, and when you make the Arctic free of sea ice it makes the permafrost much more likely to melt.”

While the researchers are sure about the connection between the absence of sea ice and permafrost melting, they are less certain about how that connection works in practice.

They theorize that when the sea ice has disappeared down the centuries, more heat and moisture are then transferred from the ocean to the atmosphere. This warmer air moves inland and falls as rain, leading to melting. 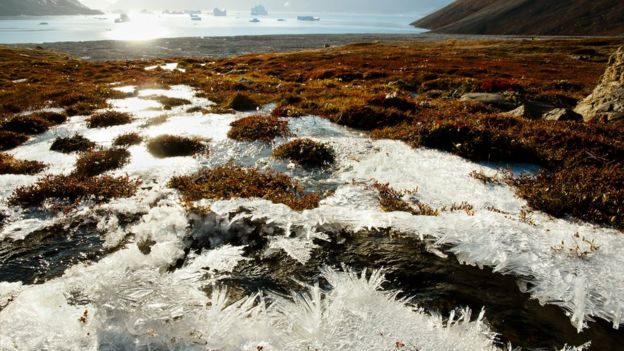 The increased moisture also contributes to greater snowfall in the autumn, which sees more of the summer warmth trapped under a blanket of snow which helps destabilize the permafrost.

“If you talk anecdotally to farmers who farm in snowy conditions, they will all tell you that if it snows more in the autumn you will be able to plant your crops earlier in the spring – as the ground will be warmer,” said Prof Henderson.

“Anyone who grew up on a farm will say ‘of course that’s obvious, we knew that’, but there are clear datasets that show the ground is warmer through the year if there is more snow in the autumn.”

The key question from this study is what are the implications for the currently frozen regions of the world?

The research team anticipates that in the decades to come, the Arctic will become free of summer sea ice and the direct heating and insulation from the snow will accelerate the collapse of permafrost this century.

They say they are not, at present, able to date the stalagmites with enough precision to know just how fast the melting will occur.

They argue that, if this happens, it may present significant problems for governments which are trying to reach net-zero emissions by the middle of this century.

According to Prof Henderson, the carbon-cutting efforts may need to go beyond that target.

“If we achieve net-zero, there may still be natural mechanisms like this permafrost release that emit CO2… so we may find we have to go below zero – from a human point of view – to stabilize CO2,” he told BBC News.

“Nature will continue to burp it out and we’re going to have to find a way of sucking it back in again.”

Be Prepared for severe flooding this year in Nigeria – Suleiman Adamu