Disaster News & Views of the Week

This week started with speculations by geoscientists and volcanologists of New Zealand on the re-eruption potential of the most active cone volcano at Whakaari/ White Island, which had erupted on December 9th when about hundred tourists were on a holiday trip on and around the island.

Whakaari is about 48 kms off the coast of New Zealand’s mainland. It is among the two main islands of New Zealand. About seventy percent of this cone volcano is under the sea. After the disaster, at least 16 dead bodies have so far been recovered from the devastated island and search & rescue operations are still on to locate few more trapped victims. Many injured people are being treated in various hospitals in New Zealand.

Many of them suffered severe burn injuries including burned lungs due to inhaling toxic ashes and Sulphur Dioxide. The disaster has again prompted questions as to why tourists were allowed to visit the dangerous island having the most active volcano. In 1914, the island had witnessed another disaster when 12 people killed due to the collapse of a volcanic crater wall while they were mining sulphur. The island became a tourist attraction in 1953 and about ten thousand tourists per day were allowed to visit the island.

While many of the countries in northern hemisphere in general and northern parts of the Indian Subcontinent, in particular, are under the grip of extreme cold waves, the summer ravaged Australia is struggling to manage disasters of ‘Forest Fire’ in New South Wales (NWS) that is now spreading in other parts of the country including Sydney.

As a result of this disaster, the city of Sydney has acquired a dangerous level of pollution and increased temperature in recent days. Over a hundred forest fires are still burning across New South Wales, devastating over three million hectares of forest lands. Reportedly few firefighters have also lost lives while fire fighting. These bush fires are believed to have started due to heatwaves and drought conditions in forested areas of NWS. The Australian Bureau of Meteorology had earlier warned in August this year that this season is going to be the active fire season in Australia after predicting warm and dry weather conditions. The fire claimed the lives of nine people with more than 800 homes destroyed.

The much-awaited 25th Conference of Parties to the UN Framework Convention of Climate Change popularly known as CoP 25 ended on December 15th in Madrid (Spain) in disappointments without achieving any landmark consensus and fruitful outcome. The event, believed to be the most important global climate congregation continued for two continuous weeks, the longest ever CoP event.

Amidst agreements and disagreements among member countries on “draft agreement text” that was to be finalized and ratified by member nations, the conference failed to achieve the desired results. The main agenda of ‘Madrid Talks” was to negotiate and decide upon the new rules for “Global Carbon Market” under the Paris Agreement. Had these been finalized, that would have completed the remaining part of the “Paris Rule Book” that was incomplete since the ‘Katowice Conference’ in 2018 without the provision of the global carbon market. 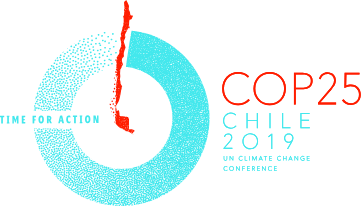 During deliberations, the draft text of the global carbon market was contested by two main fractions – one comprising countries like India, Brazil, China and some other developing countries aligned on one side and other fractions comprising developed countries, many small islands nations, few civil societies, etc. While countries like India, China, Brazil, etc. were pushing for the inclusion of provisions for making developed countries, accountable for their pre-2020 promises, but on the other hand, the United States strongly objected to its inclusion in the draft text. The other two major issues of discussions were to enhance climate actions among member countries and secondly to make developed countries accountable to their pre-2020 climate obligations. The next round of talk is set to be held in Glasgow (Scotland) in November 2020.

The week witnessed earthquake tremors of a varying magnitude worldwide right from Indonesia, Afghanistan to the Indian states of Maharashtra. A series of mild earthquake tremors ranging in magnitudes from 1.9 to 3.7 on Richter scale again jolted the district of Palghar in Maharashtra. Although no casualties or damages have been reported, Seismologists are speculating to have ore tremors in the coming days.

The strongest tremors were felt in Mindanao (Southern Philippines) on December 15th having magnitude 6.8 on Richter scale. The quake killed one child due to wall collapse and injured many people. A similar earthquake of magnitude 6.6 occurred earlier on October 28th in the same region killing at least seven people with several injured. In October 2013, nearly a hundred people had been killed due to a powerful earthquake in the central island of Bohol.
On account of its location near the ‘Pacific Ring of Fire’, Philippines is extremely prone to earthquakes and volcanic eruptions.
Merely after five days of the Philippines quake, another strong earthquake of magnitude 6.3 hit Afghanistan, the tremors of which were strongly felt in the entire Indian subcontinent. The epicenter of this quake was located in the southwest of Jarm provinces in NE Afghanistan.

9 dead, 3 injured after fire breaks out at cloth godown in Delhi’s Kirari Plane with 100 on board crashes in Kazakhstan; at least 15 killed