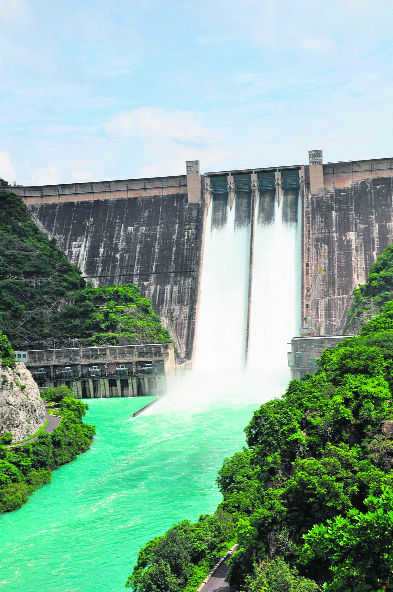 Faced with increasing freak weather events and large-scale deforestation in the region, the Bhakra Beas Management Board (BBMB) has asked the Geological Survey of India (GSI) to carry out landslide assessment studies on the periphery of the Bhakra Dam and its massive reservoir.

“We have held preliminary discussions with GSI officials in this regard and they have expressed their willingness to take up the project. We expect to formalise an agreement in the near future and work out modalities to execute the project,” a senior BBMB official said.

Landslides can be triggered by earthquakes of weather events such as cloudbursts or torrential rains. The Gobind Sagar, as the dam’s reservoir is known, is spread across the districts of Bilaspur and Una in Himachal Pradesh which fall in seismic zones with highest vulnerability. The 90-km reservoir is spread over 168 sq km area and at many places is surrounded by steep slopes.

Landslides are defined as the mass movement of dislodged rock, debris or earth down a slope under the influence of gravity. The regions around the Gobind Sagar are identified as landslide-prone areas of Bilaspur.

As per the landslide hazard zonation atlas of India, 216 sq km area of Bilaspur district falls under severe to very high risk landslide category and another 842 sq km under high risk category.

“At times, prolonged rainfall causes landslides that block the flow of water in a river or its tributaries, which not only adversely affect human settlements but also impact the inflow of water into the river and increase the quantum of silt that is brought into the reservoir,” the official said. Silt inflow is also a cause for concern as over the years it has reduced the reservoir’s storage capacity.

“In the recent past, we have witnessed frequent weather events that have drastically increased inflows in a very short time. With heavy deforestation, many slopes have become increasingly prone to erosion or landslides,” he added. Numerous rivulets emptying into the Sutlej or flowing directly into the reservoir are particularly vulnerable points.