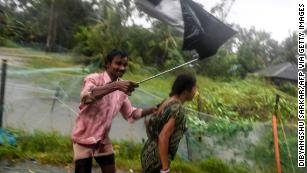 New Delhi(CNN)About 500,000 people have been evacuated from Bangladesh’s coastal region, as the nation waits for Cyclone Bulbul to hit on Saturday evening — according to the country’s disaster management minister.

The cyclone was more than 124 miles (200 kilometres) away from the Bangladesh coast and moving at a speed of 15-20 km/h, Enamur Rahman said Saturday.

“We have taken all the measures and people from coastal area — they have been moved to the cyclone shelters,” he added. 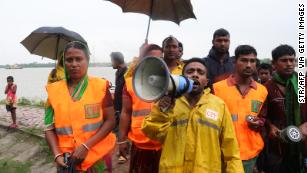 Local volunteers are helping to create awareness in the region and armed forces are present to provide security.

Operations at the Chittagong airport were suspended, Rahmann said, and tidal waves measuring 5-7 feet are expected to hit the coast as the cyclone makes landfall.