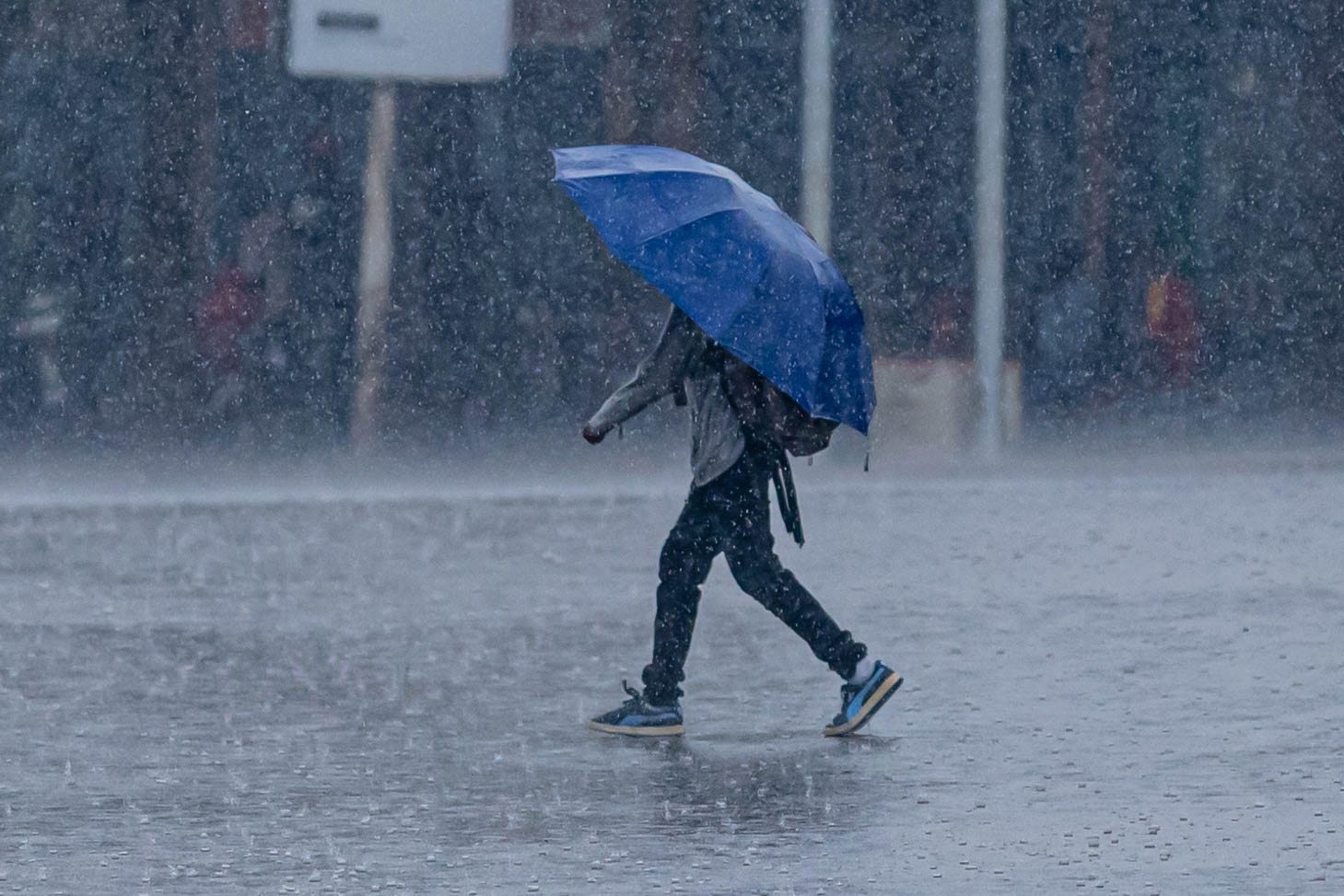 A man walks through heavy rain

Providing relief from the scorching sun and intense heat, various states in the country including Gujarat, Bihar, Chhattisgarh and Delhi-NCR faced heavy rainfalls, indicating the arrival of Monsoon.

The Kutch region of Gujarat, which usually experiences comparatively less rainfall, underwent 2 continuous hours of pouring on Monday i.e. 22 June 2020. According to the information extended by Regional Meteorological Office, rain up to 3 to 4 inches have been recorded in the region of Mandvi, Abdasa and Mundra of Kutch. The heavy downpour flooded many roads and areas, water reaching up to the knees. the meteorological department has also predicted strong winds in the Arabian sea on Monday. With wind speed up to 50kmph, Regional Met Office has advised the fishermen to stay out of the water.

With light rain in Chhattisgarh’s capital- Raipur, Indian Meteorological Department (IMD) is expecting the precipitation for the next 3 to 4 days in Chhattisgarh.

IMD has also issued a heavy rain forecast of outpouring on 24 th and 25 th June in Bihar with the possibility of strong winds. Directed in the official information released by IMD, the monsoon winds are travelling to Haryana via Jharkhand and Uttar Pradesh due to which Bihar will be affected with heavy rains. Bihar has received 160mm of rainfall so far and the daytime temperature is still below normal. After nearly 2 decades, this amount of rainfall can
be beneficial in the transplantation of paddy.

As mentioned in Skymet’s report, the people living in the states of Uttar Pradesh, Madhya Pradesh, Chhattisgarh, Telangana, West Bengal, Assam, Meghalaya, Karnataka, Arunachal Pradesh, Nagaland and parts of Kerala can expect moderate to heavy downpour in the next 24 hours. At the same time, moderate showers are expected in the areas of Haryana, Delhi, Bihar, Jharkhand, Odisha and Rajasthan.

Webinar on “Challenges faced by children due to closure of schools during COVID-19” Lightening takes 88 lives in Bihar, relief fund of Rs 4 lakh announced

Gangotri highway in Uttarakhand closed due to Rockfall