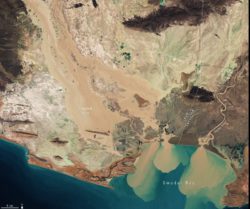 The Islamic Republic of Iran is among those countries in the world, which are affected by multiple disasters in the form of annual recurring phenomena. The country may be of much interest to disaster managers for learning case studies of multiple disaster situations in a Spatio-temporal setup and how the government is tackling multiple issues at a time. 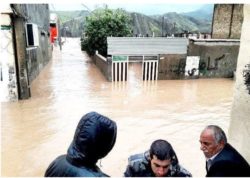 Iran is currently experiencing three main disasters situation in many of the 31 provinces. While the country is struggling hard to contain the spread of CORONA that has badly affected almost all provinces in the country, the onset of heavy rainfall and resulting flash floods in the southern and eastern provinces have made lives miserable for the people with large scale destructions. At the same time, Locust infestations in about 4 southern provinces are causing much harm to stand crops and other agricultural areas.

As on date, a total of 79,494 number of active cases of COVID -19 and total death of 4958 have been reported. On the other hand, heavy rainfall triggered flooding since January 2020 in many of the southern and eastern provinces has created the worst disaster situations. The first spell of flash flood occurred in January when, due to heavy rainfall, the southern provinces Sistan and Baluchistan were severely affected followed by other provinces such as  Hormozgan, Kerman, Konarak, Saravan, Nik Shahr, Delgan, Bazman, Chabahar, Zarabad, etc. Heavy rainfall since January this year has inundated many communities in Iran causing substantial damages with loss of lives.

The second spell of spring floods on 23rd  March caused extensive damages and destructions in both urban and rural communities in Iran killing around 11 people. Flood has also affected those areas which were already suffering from earlier waves of floods since January. Besides some of the residential locations such as Gilan in the northern province, Kohgiluyeh and Boyer -Ahmad in the western province, Qom in the central province and Golestan of northern provinces are suffering due to flash floods. 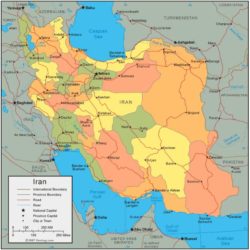 The third spell of intermittent heavy rainfall occurred between 1st to 14th of April that has further aggravated floods situations in about 18 provinces of Iran that killed over 30 people and severely injuring about 22 mostly from southern and eastern provinces such as Fars, Hormozgan, Qom, Sistan, Baluchistan, Bushehr, Khuzestan, etc. In addition many new areas like Isfahan, Tehran, Alborz, South and North Khorasan, Semnan, etc.   The provinces of neighboring countries of Iraq such as Nineveh, Salah-ad-din, etc. have also come under the grip of flooding. Standing crops are reported to have been damaged badly. Destructions of infrastructures like roads, bridges, natural gas pipelines, houses, etc. have been reported from the affected provinces. The ‘State of Emergency declared in many of the cities.

Last year in mid-March, the similar unprecedented floods had affected 24 provinces of Iran esp. SW Iran and Khuzestan killing over 70 people. Although floods are considered recurrent phenomena in the country after a period of a long drought, the unprecedented floods had worried policy planners. Besides the civil population, a large number of cattle and animals have also perished. Over 4500 Sheep and Cows were reported to have been killed in 2019 floods. Expert says that climate change is not only the causative factor of floods, but the encroachment in the flood plains are also cited as one of the reasons. The province of Khuzestan has three major rivers, which often creates flooding during a heavy downpour.

With the downpour showing no signs of easing, Iranian Authorities are preparing for the worst. The Iranian Red Cross Society with the support of other organizations is carrying out relief and rescue operations. Citing the devastating nature of spring flood 2019, The Iranian ministry of Energy Mr. Reza Ardakanian said that the necessary prevention and preparedness measures are undertaken considering the recent weather forecast of more rainfall in the coming days. He informed Iran is also working on the management of dams as 40 percent of the 50 billion cubic meter capacity of all the country’s dams is empty. Thus they have enough capacity to withstand excess floodwater.

While confronting floods and CORONA on a large scale, another disaster in the country is awaiting in the form of LOCUST infestation which has started affecting the country esp. four southern provinces of Western Hormozgan, Boushehr, Khouzestan, and Southern Fars in late February. Significantly, adult Locust laid eggs in these rainfall affected areas. it is expected that eggs would be matured in March and a new swarm of dangerous locust swarms will attack agriculture by the end of May. Around 45000 hectares of agriculture lands in 6 provinces of southern Iran are feared to be attacked by swarms of the desert locust. A good management plan is required to be undertaken. The chances of migration of these deadly locusts to the Indian subcontinent cannot be ruled out.

Disaster amidst disaster in Ecuador Ordinance to amend THE EPIDEMIC DISEASES ACT, 1897