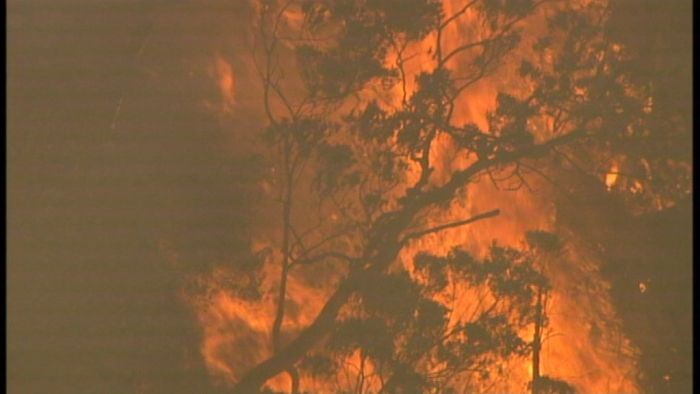 Dozens of buildings have been destroyed, a man is missing and several firefighters have been injured on a “volatile” day of disastrous bushfires in New South Wales.

The NSW Rural Fire Service (RFS) said 20 buildings, including homes and businesses, have been affected along the Bells Line of Road, stretching from Lithgow to Bilpin.

Around a dozen structures have been damaged or destroyed in the Balmoral area to Sydney’s south-west, along with three properties in the Currowan fire on the South Coast.

RFS commissioner Shane Fitzsimmons said a man who the RFS made contact with earlier in the day was missing in the Dargan area near Lithgow.

The RFS was not expecting to be able to give an update on the man’s whereabouts until Sunday, when they can properly search the area.

The man had decided to stay and fight the Gospers Mountain blaze, which has been described as a “mega fire” having consumed around 470,000 hectares of land in the two months it has burned continuously.

Late on Saturday night, residents of Bowen Mountain and Kurrajong Heights were allowed to return to inspect their properties.

Authorities have confirmed four firefighters have been injured fighting out-of-control blazes in the state, with one hit by a car on the Bells Line of Road. Paramedics treated the firefighter, who was not seriously injured. 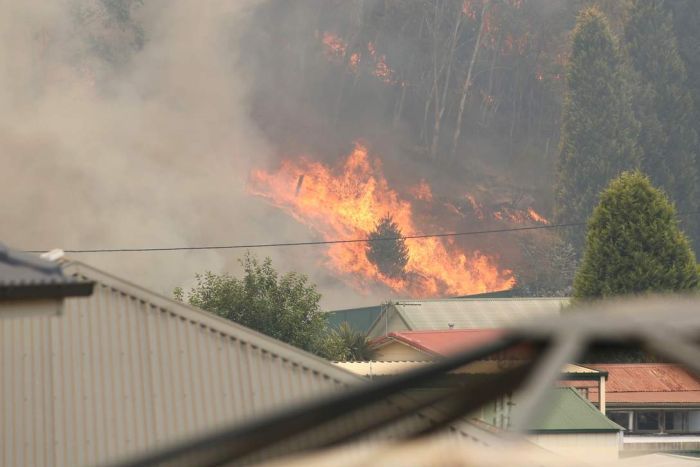 Photo: A fire rages near homes on the outskirts of Lithgow in McKellars Park. (ABC News: James Carmody)

Nearby fires at Kerry Ridge and Palmers Oaky on the Central Coast were burning at emergency level late on Saturday night.

A fire-generated thunderstorm formed over two fires burning at emergency level on the South Coast as a southerly change exacerbated bushfires on a scorching day.

The RFS warned residents the thunderstorm was “a very dangerous situation”, and could also occur over the Gospers Mountain mega fire as conditions deteriorate. 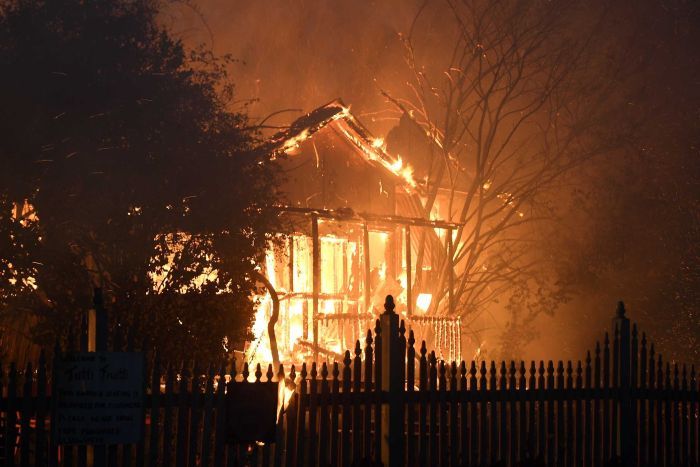 Commissioner Fitzsimmons said the southerly change has not provided relief despite the lower temperatures that it brought much of the state’s heatwave.

“We are mindful that we still have a number of hours to go with the volatility of behaviour while it is under the influence of the blustery southerly change, particularly on fire grounds north of Sydney,” he said.

For more emergency information listen to:

“What we need to keep in mind is that while the temperatures will drop and the humidity will rise, the vegetation, the landscape, it is so dry that we are still seeing pretty significant fire behaviour, and that is likely to continue through the evening.”

As evidence of this, the Owendale and Kerry Ridge blazes were upgraded to emergency level well after the sun had set. 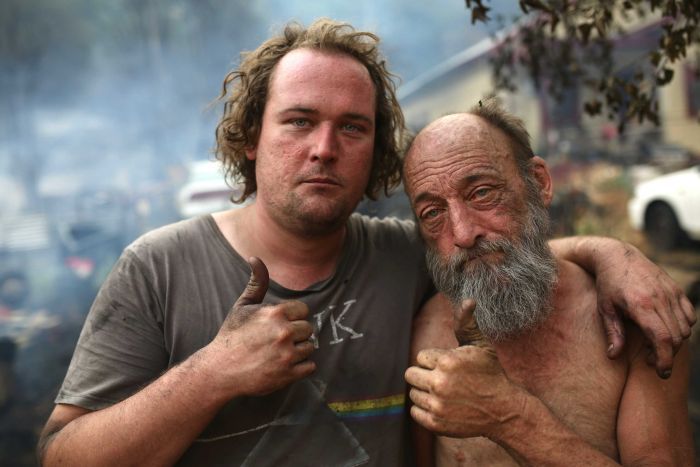 Photo: Simon Oken had said goodbye to his father Boo thinking he would not make it out of Lithgow’s blaze alive. (ABC News: James Carmody)

Lithgow resident Simon Oken feared for his father’s life when flames surrounded Boo’s home on the outskirts of the area.

Mr Oken said what he thought was his final goodbye on the phone, but his father escaped by driving through a “wall of flames”.

When the blaze had passed they found two sheds were destroyed, but Boo’s house remained intact. 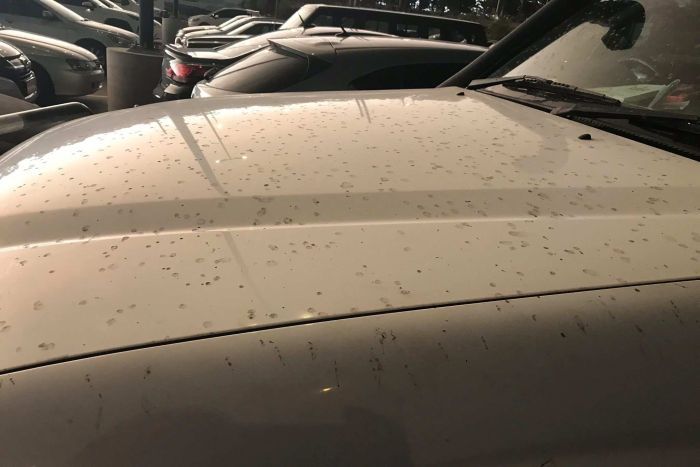 Photo: A fire-generated thunderstorm has formed over a blaze burning on the South Coast. (Twitter: @wade_85)

People planning to head on holidays were advised to “put your travel off” as the heatwave brought catastrophic fire danger to New South Wales.

NSW Police Deputy Commissioner Gary Worboys urged people not to be “selfish and inconsiderate” by planning to travel through fire danger zones.

“Wait another day and you will find your travel will be much safer for your family and for emergency services,” Mr Worboys said. 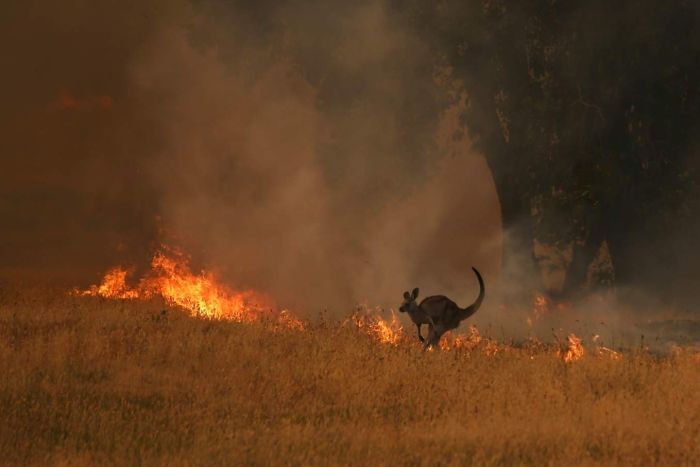 Several major roads and highways were closed but major highways slowly opened back up to traffic.

The Great Western Highway between Lithgow and Katoomba was reopened to traffic in the afternoon, while the Hume Highway and Princes Highway were reopened in the evening.

“I suggest people check traffic live to ensure the most current information is used.” 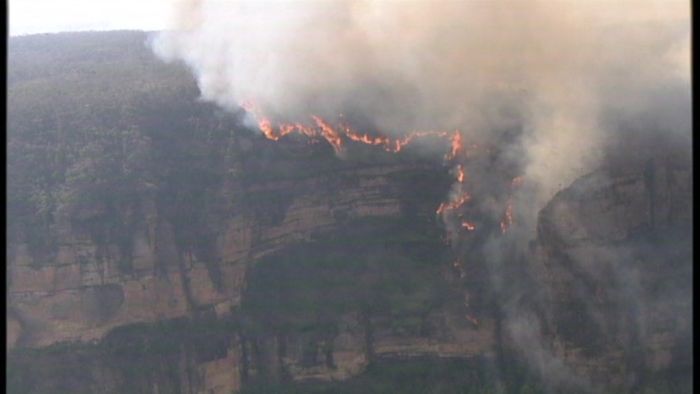