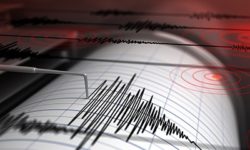 The west -North-Western part of Dharmsala in parts of Chamba district in Himachal Pradesh felt light tremors of magnitude 4.0 on Richter scale on 28th April. The depth was recorded approx. 19 kms. Inside the earth. No casualty or damages reported so far.  Tremors were also felt in Kangra district localities. It is supposed to be due to the ongoing tectonism inside the earth in the nearby ‘main Boundary Fault’ that often triggers seismic waves. ‘Main Boundary Fault ‘is a major tectonic thrust area in the greater Himalayan region where ‘Indian-Plate’ is subducting inside the ‘Eurasian Plate’. This thrust zone is existing approx. 2200 kms along the Himalayan belt.

On the other hand, regions around the Yellow Sea and the Sea of Japan are trembling with low magnitude earthquakes. The recently occurring tremors in Nagano prefecture in Japan and South Korea must be treated as a precursor to potentially large earthquakes. The prefecture of Nagano located on Honshu island has been recording more than 50 feeble tremors over the last week as reported by Japan Meteorological Agency. All of them had been the shallow focus earthquakes having a depth of around 10 kilometers or less below the surface. The recent earthquake of magnitude 5.5 jolted central Nagano on 23rd April. It is believed that the active faults are triggering these series of tremors in the past few weeks in this prefecture. The volcanic activities cannot be ruled out as the possible reasons for such quakes, but there are no confirmed signs yet. This prefecture had witnessed a strong earthquake of magnitude 6.7 in 2011 (March 11)  killing three people and injuring more than 10.

On the other hand tremors in South Korea, although, not directly connected with active faults but are posing concerns as the southwestern region of the country has recorded minor earthquakes of less than 3 magnitudes, the information as released by the Korea Meteorological Administration (KMA). Geumsan (2.4 mag.) of South Chungcheong province, Mokpo (2.1 mag.) in South Jeolla province, and Jiangsu (2.8 mag.) in North Jeolla province all jolted by light tremors on 27th April. No casualties or damages are yet been reported. All these quakes are believed to be the release of energy accumulated inside the earth.

(with inputs from Hindustan Times, Korea Herald and Japan Times)