Subsidised cyclone insurance for northern Australia back on agenda

The federal government has stepped up plans for a controversial scheme to subsidise cyclone insurance across northern Australia after rebuffing calls for greater investment to mitigate the growing risk of damage from climate change.

The move puts a mammoth insurance “pool” on the agenda to cut the cost of premiums for Australians in the north, as Coalition MPs warn of soaring costs to households and business owners since Cyclone Yasi battered Queensland eight years ago. 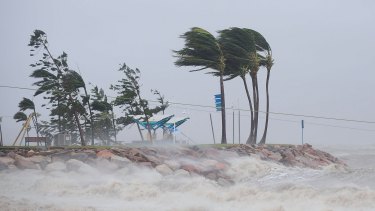 But the proposal revives a contested idea from four years ago that risks a clash with industry and will place more demands on the federal budget, given Treasury estimates of a “10 to 20 per cent chance” of a $2 billion cost to taxpayers over a decade.

While the idea has been canvassed for years, Assistant Treasurer Michael Sukkar told industry chiefs at a closed-door briefing in Townsville last Friday he wanted to press ahead with the option. Several people at the briefing told The Age and The Sydney Morning Herald  Mr Sukkar said he did not want to wait for a forthcoming report on the issue from the Australian Competition and Consumer Commission.

Be Prepared for severe flooding this year in Nigeria – Suleiman Adamu