Typhoon Phanfone has killed at least 16 people in the Philippines, leaving a trail of devastation through the centre of the country.

Gusts of up to 190km/h (118mph) struck, destroying homes and power lines, and flooding is severe in some provinces.

Many people are missing. Thousands were left stranded as they tried to make their way home for Christmas.

Access to some islands off the coast has been hampered by the suspension of shipping by the coastguard.

Phanfone struck close to regions hit by Typhoon Haiyan – the most powerful storm ever to make landfall – in 2013.

More than 6,000 people were killed in November that year, making it the Philippines’ deadliest typhoon.

Expressing his sympathy to a country overwhelming Roman Catholic, Pope Francis said “I join in the pain that affected the dear people of the Philippines because of the Typhoon Phanfone. I pray for the numerous victims, for the injured and for their families.”

How great is the damage?

Typhoon Phanfone made landfall on Tuesday night but continued to pass over the many islands of the central Philippines throughout Christmas Day.

More than 58,000 people had been evacuated in advance and about 15,000 others were stranded at ports when ferry services were suspended.

The extent of the damage began to emerge only on Thursday. 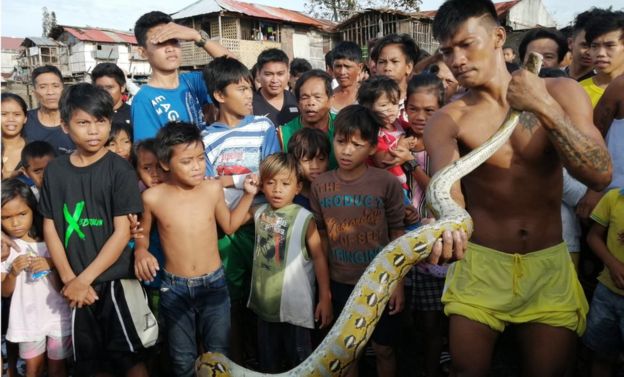 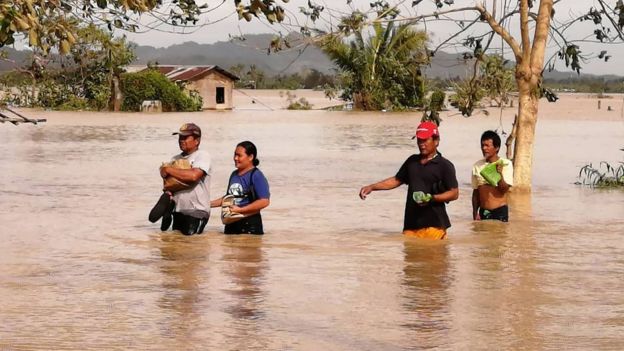 Image caption Ormoc, in Leyte province, was one of the worst-affected areas
Most deaths occurred in Iloilo and Capiz provinces.

One family was killed when they were swept away by a flash flood as they attempted to get to higher ground, the Philippine ABS-CBN network reports. At least 12 people reportedly went missing in Iloilo province alone.

Richard Gordon, the chairman of the Philippine Red Cross, told the BBC: “A lot of people have lost their homes and they need food.”

Water and power services were cut in many areas, he added, and restoring them could take weeks.

The popular tourist island of Boracay appears to have suffered damage, although the extent is unclear.

“Roads remain blocked, but some efforts have been made to clear away the damage,” he said. “It’s pretty bad.”

In Tacloban, a low-lying city of more than 220,000 people, a large fire broke out as the winds rose but the city escaped the worst of the damage.

Tacloban suffered enormous damage during Haiyan and its storm surge.

On Thursday Phanfone headed out towards the South China Sea. 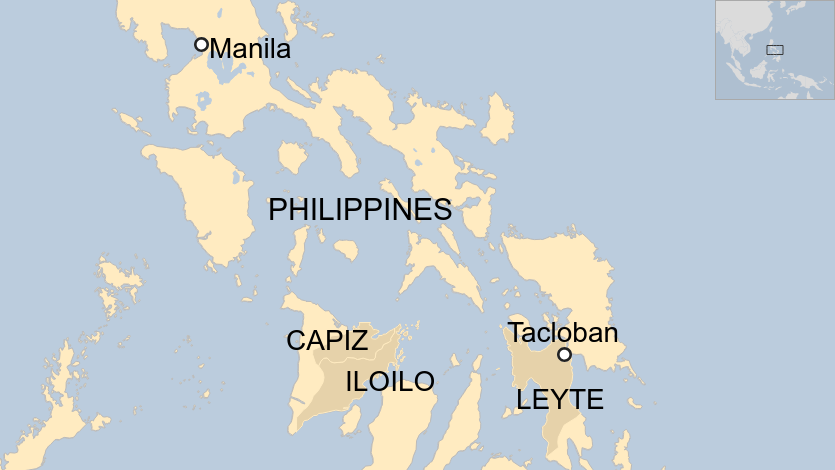 Australia fires: Minister says up to 30 per cent of koalas may have been lost in bushfire crisis No deaths due to rail accidents in 2019, safest year for train passengers

Why so many earthquakes are rocking Puerto Rico