The tropical cyclone ‘Harold’ has caused severe destructions and damages in several island nations in western and Southern Pacific ocean in a week span starting from 6th of April. The most affected island nations are Fiji, Vanuatu, and Tonga.

Cyclone Harold has become the first storm of this season in the western pacific ocean to have assumed the status of disastrous category 5 cyclone striking the island of Vanuatu before downgrading to category 4. In a south pacific ocean nation of Vanuatu comprising of about 80 islands, Harold caused severe devastations damaging buildings, infrastructures and communication lines. The hardest-hit islands of Vanuatu are Espirito Santo, Malo and Pente Cost. A detailed assessment of devastations is yet to be released by the authority. 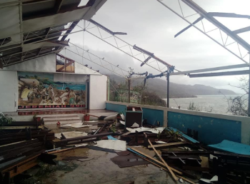 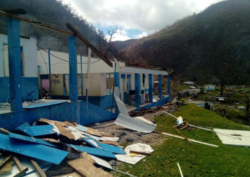 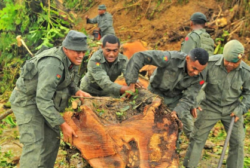 Fiji was the second target of a cyclone where it damaged ‘Viti Levu’ –the largest island of Fiji after it was downgraded to category-4 cyclone. Widespread flooding occurred on the island of Viti Levu.

Although there is no report of deaths, but about 27 people are reported missing and feared dead. Communication lines have been hardest hit by this tropical cyclone. Post-disaster flooding caused severe disasters in these island nations. While assuming the intensity of category 5, Harold passed through the northern part of Vanuatu island with the strongest power which diminished to cat. 4 while it headed towards Fiji and Tonga islands. Santo- the largest island of Vanuatu and adjoin smaller islands Malo, Aore were also badly damaged. After ravaging Vanuatu and Fiji, the next target of cyclone became Tonga, where disastrous storm-damaged buildings and caused flooding on the island of approx. 1 lakh population. Although the intensity reduced to 83 mph and the cyclonic strength reduced to category -3, these deadly storm-damaged buildings and infrastructures in two main locations of Tonga- the main island of Tongatapu and smaller Eua.